Can't find the message? Request a new email verification message here. Make sure to check your spam and junk folders!
Triton - Translate Your Server 3.8.1
Sends the same message in different languages... Hooks into all plugins!

Sends the same message in different languages... Hooks into all plugins!

Have you ever wanted to translate your server into multiple languages?
Well, look no further! Triton offers this among a whole host of other awesome features! This plugin uses a placeholder which will be replaced (dynamically, per player) with a message defined in the language file. 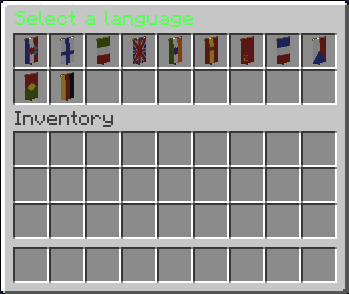 This plugin was previously called MultiLanguagePlugin. For compatibility reasons, it is still called MultiLanguagePlugin when v0 is installed.
(2)
23
Supported MC Versions
1.8.8-1.19
Supported Server Software
Spigot and Bungee (and respective forks); Partially supports Velocity
Dependencies
ProtocolLib
Soft Depends
PlaceholderAPI
Languages
Can be translated into any language
Basic Commands
/twin
You can pay with
Donate