EliteEnchantments is a custom enchantment plugin, using this plugin you can create your own enchantments along with customising almost everything about the plugin from messages to items. No coding experience required

You can now also create enchantments using the easy to use enchantment web panel, more information is below.

Along with being fully customisable, the plugin is fully optimised to give you a smooth and lagless experience

NEW FEATURES IN v2 RECODE
∎ Complete Recode of the whole plugin, as in from scratch
∎ Mobs can now use enchantments (if a mob has enchanted armor, effects will trigger exactly as they would for players)
∎ Fallen Heroes - These are minibosses for each GKit that spawn in wearing the armor of the GKit. On death they have a chance to drop either the GKit armor or gem
∎ You can now use multiple enchant trigger types and have specific effects for each trigger (Example: Click here to view an example)
∎ Almost everything in this plugin is now fully configurable, you can configure GUIs, Messages and everything else
∎ Complete overhaul of the premade enchantments to be way more balance
∎ Massive performance changes
∎ Massive overhaul of effects, removed some, enhanced some and made some more configurable
∎ More extensive Developer API so you can now create more of your own features including your own conditions etc.
∎ New Logo and artwork
∎ Massive Web Panel Overhaul

Introducing one of the coolest features you have ever seen in a custom enchantment plugin.
In the new website panel for EliteEnchantments, you can export all the enchantments on your server then create, remove and edit enchantments at the click of a button.

Gkits & Fallen Heroes
Create your own kits in this plugin with custom enchantments, levelling and more
All gkits from a very popular server have been added into the plugin 27 Gkits in total

NEW: You can now create your own fallen heroes for your gkits, these are minibosses wearing the gkit armor which you fight and on death they have a chance to drop either gkit armor or a gkit gem 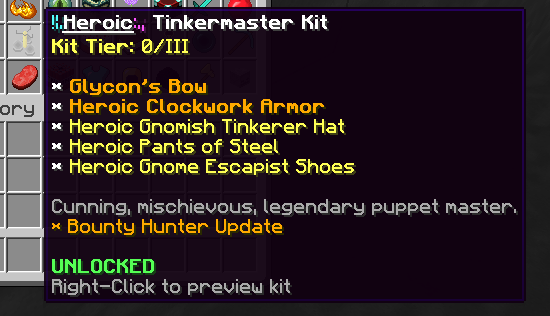 Soul Gems
Allow enchantments to only activate when a user has a soul gem active, also decrease the number of souls you have as the enchantment is activated
Preview

Randomizer Scroll
Recalculate the percentages of an enchantment book

Blackscroll
Randomly remove an enchantment from an item

Dust
Increase the success rate of an enchantment

If you need support then check out the support discord https://discord.gg/5uqDwsR
If you have any questions then feel free to contact me @ Splodgebox#3490 on discord

Please before you leave a review, please contact me for support. If you have contacted me and I have not replied then please join my discord. I mainly reply instantly but on rare occasions, I may take a while to respond. Do not write off a plugin that took months to code just because of a bug or lack of understanding

Whenever someone gets this resource using your special link, you'll earn £0.39 gbp! (1)
Want to earn money by sharing this resource?