Can't find the message? Request a new email verification message here. Make sure to check your spam and junk folders!

This is a simple 'plug and play' plugin that adds a difficulty to creatures, and a Level Indication based on their distance from Spawn. The current formula to get the mobs level is by default as follows...


Level Regions
Level regions can be created (in conjunction with World Guard) to create zones of stronger/weaker mobs!
You simply create a level region with the worldguard id and give it a level!

From there you can customize mob names based on regions!

Health Bar
The fully configurable health bar system can be tweaked to your hearts content to get the exact feel you are looking for! There are a few options you have (Chat, ActionBar, Placeholder, HealthBar). Each of these options gets you the info you want for a mob displayed to the people you want to know!

NOTE: The hologram (-2.63) is from another plugin of mine called RpgItems! Come on my discord for information and download!

Mob Variants
In the newer versions I have introduced mob variants! These variants allow there to be some randomization in terms of the creatures you will run into. Anything from "Poisonous" to "Explosive", or "Weak" to "Sturdy". All the variants are configurable allowing you full control over how these act, and if you don't want one? Disable it! 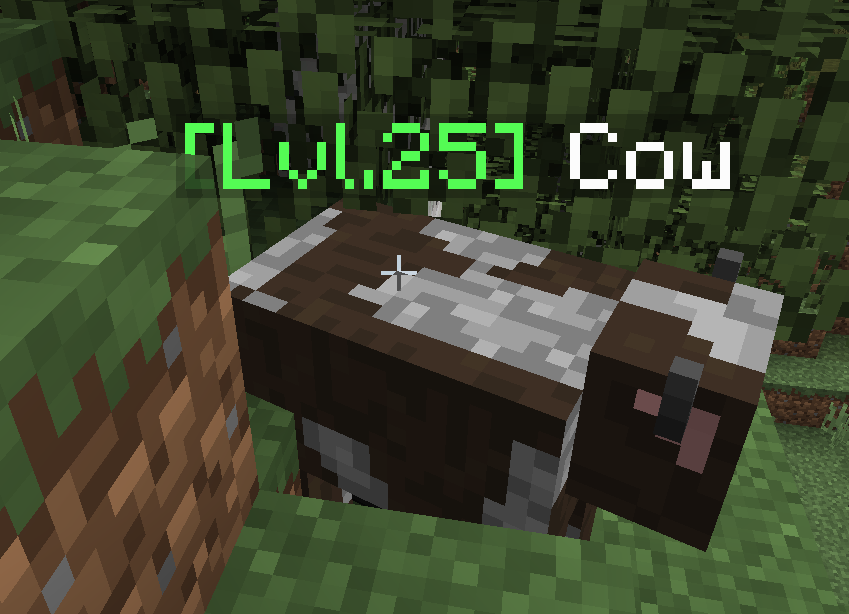 You can use world guard regions to change level, formatting, even name on a per entity basis

Example image of a variant. You can see it is displayed in the name as well as this one is "Burning" so it is on fire.

Discord
Hey guys! I have a discord server for discussion/requests/issues about the plugin. Feel free to come in and chat about plugin development as well! All discussion/conversation is welcome! If you are using the plugin you are welcome to advertise your server in the specified channel.
Link to Discord Server: https://discord.gg/s5f6gdC

Found a Bug?
If you're having issues please provide the following in a on my discord for fast resolution!


(1) Subject to the Terms of Service, you'll earn an estimated account balance increase of the equivalent of about $0 per qualifying referred purchase, before PayPal and other fees.