Can't find the message? Request a new email verification message here. Make sure to check your spam and junk folders! 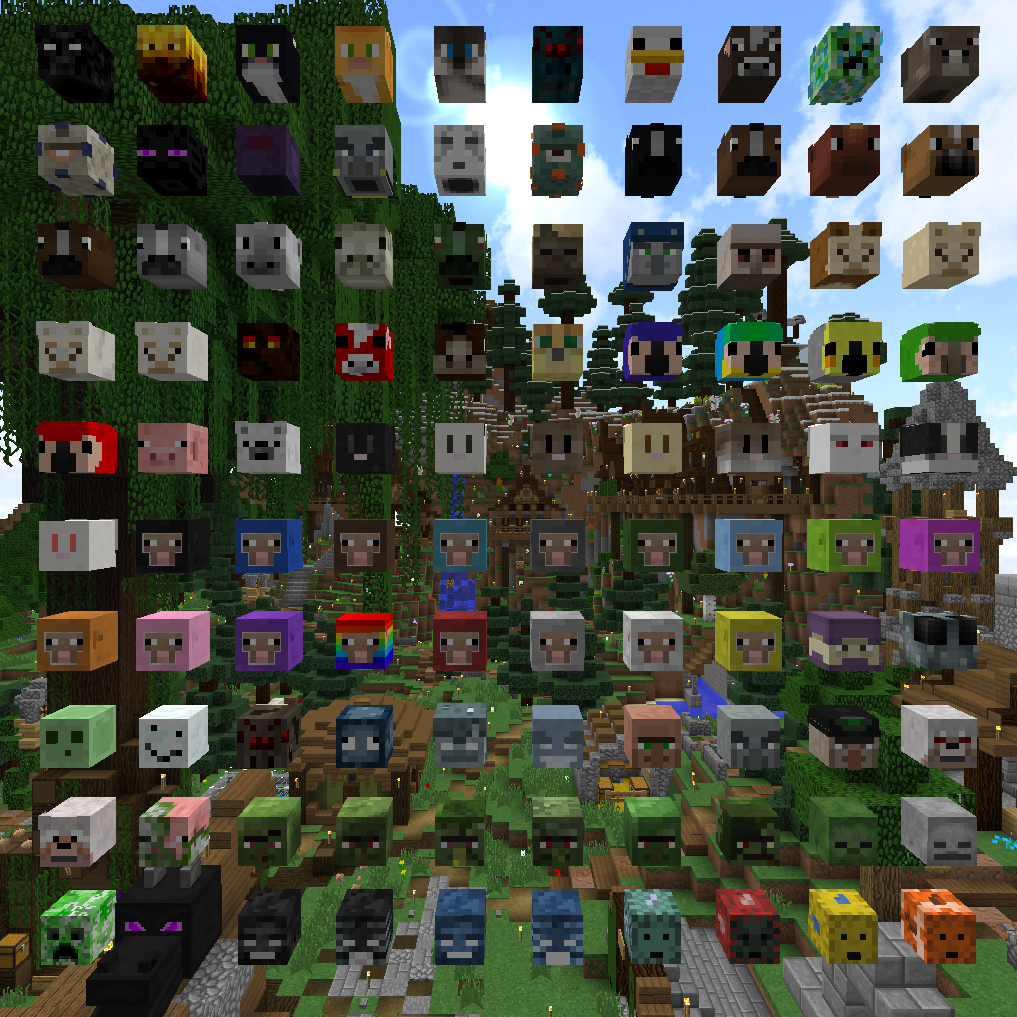 History:
As of May, 23, 2019, CyberDrain has discontinued their original plugin and has not updated it to 1.14. This fork is a solution for all 1.14 servers until CyberDrain releases another update (if they ever do).

This plugin contains custom mob heads for every single mob in the game. It even contains the mob heads for different subtypes of mobs. For example, there are 17 different sheep heads, one for each colors and one for the sheep names "jeb_" as well. There are multiple heads for cats, horses, llamas parrots, rabbits, sheep, wolves, zombie villagers and withers.

Xisumavoid
I made this plugin for a private server, which has issues to run the custom advancements and loottables from Xisumavoid. This plugin is based on the mobheads that he used in his

Mobheads from fishing
There is also the ability to obtain fish heads. Currently 1.13 is not out yet, but you can use your fishing rod to catch these heads. Whenever you obtain a type of fish from fishing, there is a chance you will also receive the corresponding head.

Extremely configurable
With this plugin, you will get a very customisable configuration file. You will be able to change the following things:
- The drop chance
- The looting/luck of the sea multiplier
- The skull display names
- The texture of the skulls
- Whether the mob should drop a skull when killed by a charged creeper
- Whether a message should be broadcasted when a player obtains a mob head
- Define multiple skulls for one mob (more about this later)

All these settings are customisable per mob. This allows you to only disable broadcast messages for certain mobs, for example for enderman when you got an enderman farm.

There are a couple more settings that can be configured in the config file:
- Whether to allow baby variants of mobs to drop their head
- Whether to broadcast when a player is beheaded by another player
- And all plugin messages are customisable, as well as the chat color 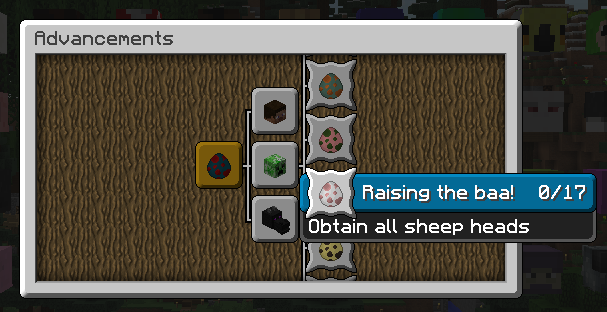 Multiple heads for one mob
On default, the wither boss will have 4 different types of heads that can drop. If you win the roll and it drops a head, it will pick one head from the list at random. You can define multiple skulls for other mobs as well. You just need to copy over the config structure from the wither boss.

Supports vanilla skulls
Finally there are also vanilla skulls in this plugin. In vanilla minecraft, you can obtain creeper, zombie and skeleton heads, by killing the corresponding mobs with a charged creeper. These heads can be used in crafting recipes and that is why the plugin has an option to drop the vanilla skulls as well. By adding the "[vanilla]" tag for the random_uuid and textureCode, it will drop the vanilla skull. These tags can only be added for the zombie, skeleton, creeper and ender dragon.

Commands + Permissions
There are only 2 commands with this plugin.
/mobheads reload - Reloads/updates the configuration file
/mobheads give <player> <headname> - Gives the given player the given head. This can be a mob name like "Red_Parrot" or a player name like "CyberDrain".
/mobheads probability <headname> -  Displays the probability a mob's head will be dropped on death.

The last 3 permissions are required if you want to be able to behead any of the corresponding entities! Make sure you add these for your players, otherwise the heads will never drop!!

I highly suggest you take a look at the configuration file if any of this didn't make sense.

I will do my best to keep this plugin up-to-date with the upcoming updates. Starting with turtles, dolphins, phantoms, drowned and the many fish heads.

If you have a suggestion or questions, feel free to send me a pm. I will try to respond to them asap!